You must have Javascript enabled in order to use this site

Either 2014 was not real or these days are not real Turkey's, 3-4 years ago that saw the 27 thousand units at peak production of trailers and Human Maker makes these pieces with Germany after the determination that has become Europe's second largest market, General Director Ali Ihsan Çulha, but noted that almost market half halved When it comes to today . Evaluating the reason for the fall, Culha said, "Either our facts in 2014 were not what we deserved, or the results I see these days can not be real." "We can not stop thinking about the consequences of the political developments in our region and the increasing foreign exchange, the taxation on commercial vehicles," he said.

VAT rates can be reduced temporarily Temporarily stating that 20 thousand units of healthy trailer market in our country, Culhane, 5-10 percent growth with a permanent and stable growth could be experienced. Noting that the market has not recovered for a few years, Çulha argued that the industry could gain momentum with a few taps, such as temporary reduction of VAT rates and scrap incentive. AD entered into force in Turkey and ATP as important conventions in evaluating Çulha, he said about the subject, said: "ADR and ATP Conventions that protect permanent importance, indispensable are the facts. As based on the prior year these two concepts has come a very serious ways in countries understood the importance. In our country, transportation is an inevitable reality for both domestic and international trade and it is also located in important road routes in our country as well. ADR in Turkey and ATP talked about it in order as indicating the sensitivity and AD and is known that there are many companies that manufacture in accordance with ATP vehicles. Both industry decline of manufacturing we have both the phrase is six stairs industry for quality, will give prestige to our country."

"In recent years, when the combination of innovation and legal legislation has brought about very good results, changes have been focused only on the customer and new developments have been directed by the customers in the direction of their wishes. "Culha said:" In particular, minimizing air resistance on trailers, lowering trailer weights to a minimum, adapting intelligent systems to attractive trailer combinations are some of the few issues that we will be facing in the coming years when more eco- , We will make the same transports with less expense and lower unit costs with fuels such as LNG. " He expressed that the fairs should be in a more innovative, visual, artificial intelligence fair sense instead of the known classical product display stands. He said that in 2018, they did not consider participating in fairs in Turkey and abroad. Recalling that the year 2018 is a little encouraging, Culha said, "I think the market is going to accelerate after 2019, and I am highly likely to reverse it."
Transmedya
You Can Reach Here.. 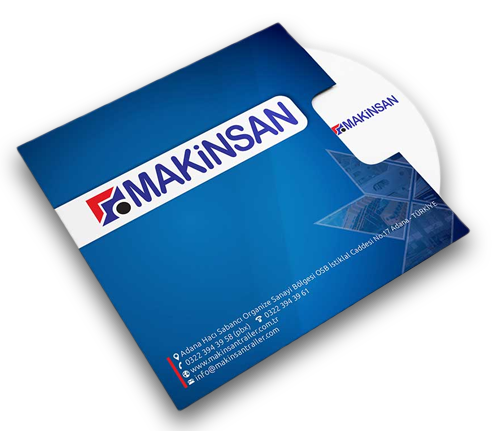